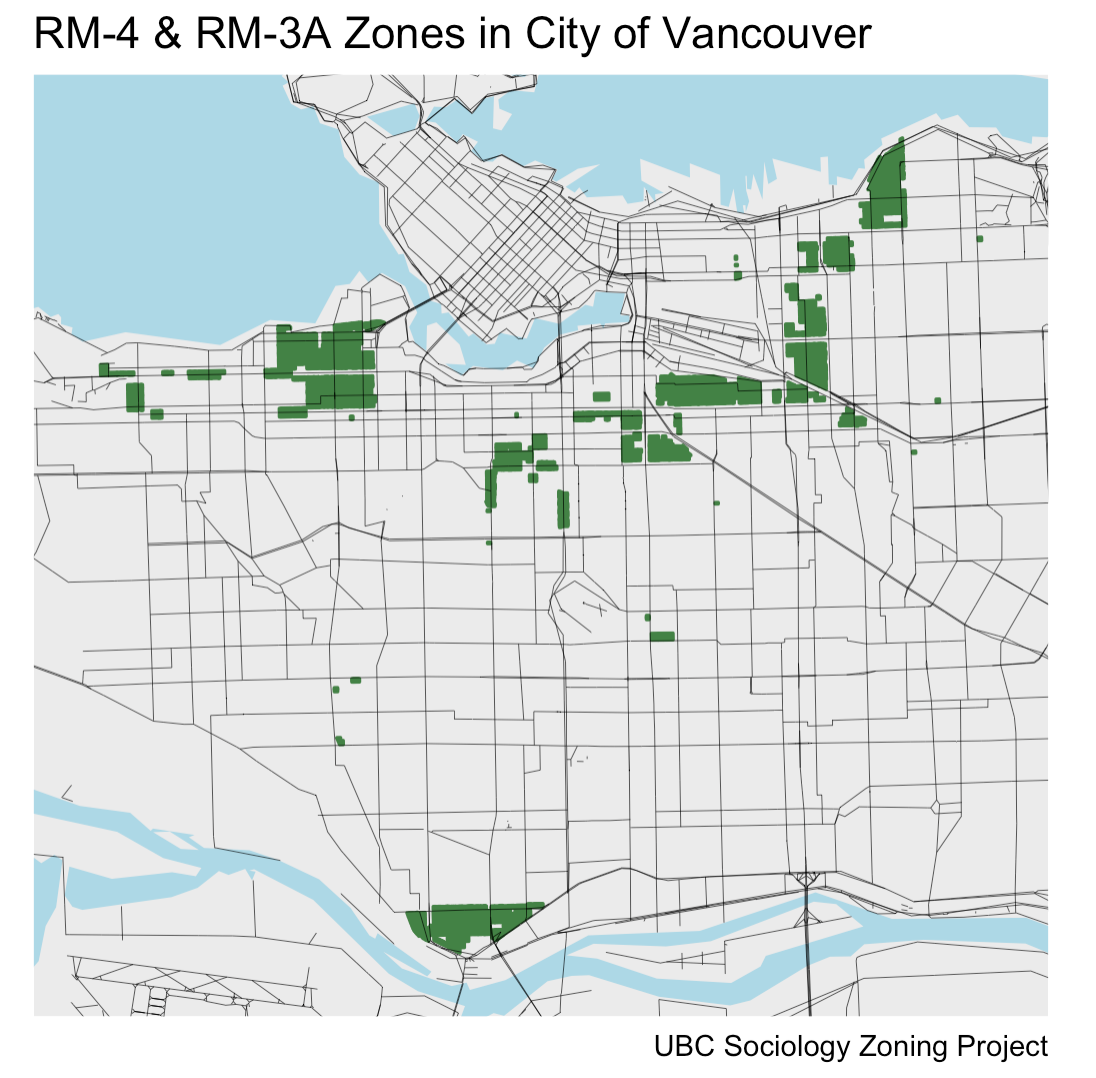 As of this week, these featured zones will now be able to feature six-storey social housing buildings! The zones are concentrated in areas of existing medium density such as Grandview-Woodland, Kitsilano, Marpole, and Mount Pleasant. The amendments passed this week are a game-changer for many non-profit and cooperative housing projects that previously would require a rezoning into a Comprehensive Development. This process would add years to building more non-market and affordable homes for housing organizations, on top of already having to secure government funding and development permits.

As rezonings usually require a public consultation process, it is easy for hearings to become a sounding board for vocal opponents. This can be stigmatizing for those in need of housing. Housing advocate Kishone Roy made a passionate case to the city council, arguing that the city needed to make this change and go even further because of “zonelords,” or people who exploit zoning bylaws to exclude marginalized and unhoused people. In Roy’s opinion these are “some of the most powerful people in the city who are working their hardest to stop affordable housing.”

The new projects can have a floor space ratio (FSR) up to 3, which is considerably higher than the outright allowed of .75 in RM-4 or 1 in RM-3A. This said the outright doesn’t apply to many existing buildings because they were either built before downzoning occurred or have conditional rules applied to them. Other pre-existing features of RM-4 and RM-3A include neighbourhood grocery stores, institutions like fire halls or schools, as well as single-family homes.

This is a very fluid situation, so it remains to be seen what the city will do to protect existing rental buildings in these zones or what the exact interpretation of what “social housing” will be. BC Housing’s Community Housing Funding (CHF) states that social housing projects must be 30% affordable market housing, 50% rent geared to income, and 20% “deep subsidy.” Sites around the city supported outside of the CHF may have slightly different numbers.

Dan Fumano of the Vancouver Sun writes that even with this decision, “It’s still easier, from a process perspective, to build housing types the city doesn’t need, than the homes we say we want.” Hopefully, more areas of the city can benefit from similar bylaw amendments in the near future.

And as always check out our map here!